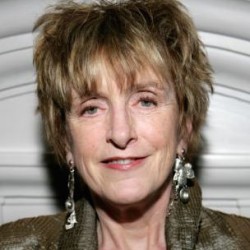 “We are pleased to announce The Grenadier Firelighter has now been recommended by the acclaimed photographer, architectural historian, author and broadcaster Lady Lucinda Lambton.”

SEE ALL TESTIMONIALS
Autumn and winter is always the busiest time of the year for the team at Grenadier, and it is therefore very satisfying to read the unsolicited Grenadier firelighter reviews posted on third party sites by satisfied customers.
Here is a small selection of our recent electric firelighter reviews
“I love the Grenadier Firelighter, I have osteo-arthritis and now I have a new multi fuel stove, the lighter has been a great asset and help to me, as not able to always get down to light paper at back of the stove. No need for that now with the Grenadier Electric Fire lighter.
I am over the moon with my purchase. Thank you. “
Ronald A. Ritchie. Feb 2014
“We have a chimney that always smoked when we first lit the fire and the smoke curled into the room in clouds. Heating the chimney first with the Grenadier completely solves this problem by warming the chimney and getting a good hot up-draught going. It also dries any damp logs, encourages it to catch quickly without the need for newspaper or kindling and I would not now be without it for the world. An old but excellent invention!”
Jen – January 2014
“Had it for many months now – and it never fails. Use it for lighting kindling under coal open fire place as well as wood burning stove. Even used it to light barbecues in the Summer. But be sure to read and follow operating and safety instructions.”
Sean Manuel – Dec 2013
“This is the best an quickest firelighter I have ever had.
Reliable, efficient, and very easy to use. I can thoroughly recommend this appliance to anyone who has struggled with lighting a fire in the past!”
Michael Emslie – Dec 2013
“For lighting difficult fires, damp coal or wood, the Grenadier is utterly brilliant, clean and quick. Would not be without it. Ours is going strong after 12 years.”
Peter Herbert – Dec 2013
“This thing is the dogs. Its design is essentially unchanged in the last 40 (at least) years, but that’s no bad thing – the one my grandparents had was great, and so is the one I’ve just bought.
It’s very solidly made, from steel, mainly, and there’s no reason it shouldn’t last for many, many years. There tip at the end of the tube where the hot air comes out is especially thick, and it’s designed to be removable and replaceable when it’s shrunk from 5 inches long to around 2 inches. I would imagine that in average use, it takes about 10 years for the tip to burn down this far. I can’t think of many appliances which are designed with spare parts that are likely to last this long!
If you haven’t used one before, it’s simplicity itself. It’s also important to realise that the flow of the air is (by design) a lot less than a hairdryer, for example. This means that if you are relighting a fire on a bed of cold ash, the ash won’t get blown everywhere.
If you want to make fire maintenance as easy as possible, get a fireplace vacuum as well. These two items make running an open fire a breeze.”
Andrew Katz – Dec 2013