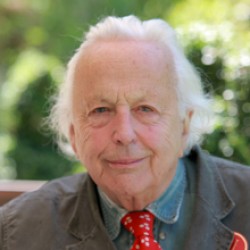 “Grenadier are proud to be recommended by the renowned journalist, writer and broadcaster Sir Peregrine Worsthorne.”

Autumn has officially arrived, and it will soon be time to dig out our chunky scarfs and winter boots. If you can’t quite face the thought of racking up the central heating just yet, then why not cosy up in front of your open fire or wood burning stove to fend off the autumn chills.

Lighting a fire needn’t take a lot of effort or time, especially once you have discovered the award-winning Grenadier Electric Firelighter.

Are you fed up with:

Then the Grenadier Electric Firelighter is just what you need! Guaranteed to light any solid fuel fire, open fires and log burners within minutes, this revolutionary device will get your fire going quickly and performing efficiently.

The Grenadier Firelighter is also a whizz at pre-heating your flue to ensure that air is cycling properly in your chimney system. If you haven’t used your fire for a few months, your chimney may be full of cold air, causing smoke to escape into your home, rather than up the chimney. By warming up the flue first, you will push the heavy cold air out so that the smoke escapes in the right direction.

To light your fire without any fuss this autumn simply:

So make the most of these chillier evenings and light your open fire or wood burning stove without any hassle with this award-winning Grenadier Electric Firelighter. Once you’ve used it, you will wonder how you ever got on without it!